The thought of hip hop jewelry, comes with extravagant iced out chains diamond grills, Gold rings and bling earrings all come to mind. Early on, iced out jewelry became an integral part of hip hop culture and still serves and represents a rappers wealth, prestige and success. However the style of hip hop jewelry remains unchanged, the various designs have been elevated over time.

Hip hop jewelry first came to market in the 1970s when DJ Kool Herc introduced hip hop. This is when hip hop had emerged from an underground music scene to mainstream in the early 80's. Back thenThe late great hip hop legend Kurtis Blow made it popular to rock multiple chains at one time with large sized pendants even Run DMC introduced the trend of wearing donkey rope chains over track suits. These styles replaced the skinny rope chains of the DJ Kool Herc era in hip hop.

As the big pendants and chains became the style for successful male rappers, large size hoop earrings were commonly worn by women in the rap game, including Roxanne Shanté and Salt-N-Pepa. 14k gold band rings were also transformed into the elaborate four finger rings. The classic gold tooth cap that was made popular early on was later replaced by full mouth gold grillz. These men's hip hop jewelry styles were worn by rap icons such as Big Daddy Kane and slick rick.

At the time hip hop first came onto the scene, gold was the the most common material and color used in Men's hip hop jewelry. This later made switch in the 1990s when rap artists like P. Diddy,jay'z the hotboys and juvenile switched out the popular styles for more luxurious hip Hop jewelry styles. Hip hop jewelry in the 90s was comprised of platinum pendants with small micro paved diamonds, and when it came to diamonds they shined much brighter.

As in the past, the term bling bling remains a way for rappers to show that they’ve become successful and made it in life. The stylish expensive jewelry has been a way for rappers to announce their presence, success and accomplishments. One of the best the best hip Hop jewelers is TSV Jewelers , we provide a large variety of diamond and gold jewelry and we even make specialized custom pendants made with great craftsmanship Visit us online to browse our latest styles and designs.

Check back soon
Once posts are published, you’ll see them here. 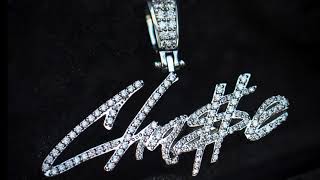